Know What You’re Getting 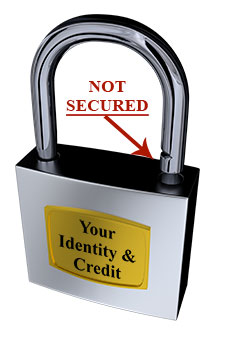 Credit Monitoring Services cost up to $30+ a month. Many people believe these services PREVENT your credit from being stolen or hacked. This is not the case. Many people also believe that when they sign-up for one of these services, any losses are covered. Again, not necessarily accurate, though some companies will offer insurance – at a premium. Bear in mind that if you report a fraudulent charge within 60-days, the Fair Billing Act will cover you for amounts over $50. A credit monitoring service does just what it says in the name: monitors your credit, and, in some cases, alerts you to changes that may or may not affect the security of your information/identity. Again, you can do this for free – and it’s very easy on any number of services. Bottom line: if you’re going to sign-up for one of the aforementioned services, be sure to read the fine print and be sure you’re getting what YOU want!

The iPad is becoming more and more popular — and more powerful. The biggest leap forward for any iPad user is the attached keyboard. This elevates the machine to whole new levels of ease and capability. Many people even prefer it to a laptop, when the keyboard is attached. Keyboard shortcuts elevate the iPad to any even greater stature. The old 1990’s saying friends don’t let friends use the mouse is true even when ‘the mouse’ is a finger sliding around on the screen, which adds to dirt on the screen and diminishes clarity. With that said, here are some iPad shortcuts for your enjoyment – and speed – and comfort.

The Passing of Passwords 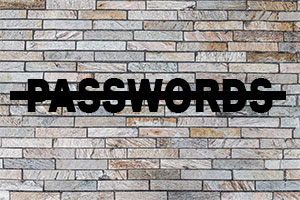 One of Microsoft’s goals is to end the need for passwords. To that end, in the build for Windows 10 that it will be releasing around April of this year (19H1) , Microsoft will give us a whole new way of signing into our accounts. The new system will be based on your phone number. Essentially, you’ll sign in with that number and Microsoft will text you a code that you’ll use on your sign in screen. After that, use Windows Hello to create sign in protocols using a PIN, facial recognition or your fingerprint. The PIN system has been around for a while, and many find it very convenient – and easy to setup. I’m not sure how much more convenient the new system will be, or how much more secure – but it’s going to happen. So be ready!

Save Your Money – For Now

First, a brief history of Wi-Fi release dates and names:

Wi-Fi 6 is ever-so-much better than Wi-Fi 5. And companies are already producing and selling items that use it, including routers. The problem is, VERY few areas actually support it. So, before you purchase a costly new router, hoping to enjoy the many benefits of Wi-Fi 6, contact your provider and make sure Wi-Fi 6 is available where you live and/or work. NB: If Wi-Fi 6 is available where you want to use it, it is absolutely worth looking into upgrading your equipment.

Microsoft will no longer support their extremely popular operating system, Windows 7, as of 2020. Over 35% of Windows users are still running Windows 7. That’s only about 17% less than run Windows 10. But the point of this article is to let you know that, while Windows 7 will continue to work in 2020, Microsoft will NOT be issuing updates – including critical security patch updates. That means that every single day that passes, once updates stop, Windows 7 becomes increasingly vulnerable to attacks. If you’re going to keep using Windows 7, be sure your security software is robust and up to date – especially the firewall.

If you’ve been noticing some operational degradation in your Wi-Fi devices, when they run near your microwave – it’s because they both operate on similar frequencies. Keep Wi-Fi devices away from microwaves and the problems will lessen: the further the better. Those reporting the worst interference are placing their Wi-Fi device atop their microwave to watch TV, a movie or follow a recipe. 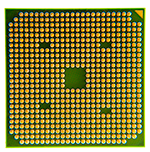 Nanometres are called nanometers in the US – despite the measurement’s development being in the metric system. A nanometer (nm) is one billionth of a meter: 0.000000001 m. Are you bored yet? Okay, let’s change to how this will very positively affect your digital world late this year. New chips from Intel will be on the shelves late in 2019. In fact, some new chips are already making their mark – starting with Apple’s A12x chip, which outpaces many of the slightly older Intel chips, and fits in the (comparatively tiny yet powerful) Apple watch series. Anyway, the new chips will be more powerful, and not require as much cooling. This will equate to longer laptop battery life – or – a laptop that runs about 25% faster/more powerfully. Of course, similarly amazing upgrades will ripple through the entire tech marketplace. Myself, I think they will make their biggest mark in the world of servers and hi-power workstations. Naturally, I also expect to see some jaw-dropping improvements/additions to smaller devices, starting with smart phones and tablets. And no telling what the iWatch will be capable of! Oh, I brought up nanometers because that’s the common unit of measure for chips. Oddly, it’s not really possible to compare chips using just that number because the method by which chips are measured varies. If you read this far, congratulations – you’ve made it to the fringes of serious, nerd-level tech!