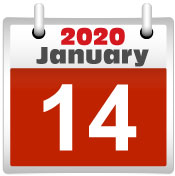 If you’re a Windows 7 user, you’re still getting the crucial (mostly security-relevant) updates from Microsoft. You don’t get everything, anymore. You’re OS (operating system) is now in what they call extended support. On January 14, 2020, Windows 7 will join the likes of Windows Vista and Windows XP. In other words: no more support, even if glaring security vulnerabilities are found. That gives you just a little over a year to replace Windows 7 and install Windows 10. Oddly, a great many very large companies still use Windows 7 as their primary system.

Speed – How Much is Enough? 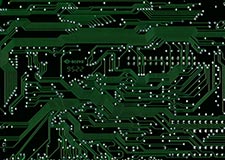 WiFi 6 promises to be 100 times faster than WiFi 5 – and WiGig is even faster. The new iPad declares it’s faster than over 90% of available laptops and desktops. Faster modems, faster screen redraws, faster everything. But how much do you really need? Or, perhaps more pertinently: how much do you need to pay for? Let’s take the (admittedly amazing) new iPad Pro: a 512 Gb storage unit in silver will run you $1,349 with just WiFi. If you add cellular it’s a hefty $1,499. Of course you get more than just the additional speed, but is it worth the cost? That’s really the question. I own one of the very first iPads ever made, and a 2-year old iPad Retina with WiFi only. I also have a couple of iPad models sold between those two. There is a definite difference between the very first one and the most recent one. BUT, there is really not much difference between the last one and the one just before that – I’m not listing all the models, storage capacities, etc. to save space. The point is, in actual real-world operating situations (writing letters, doing email, researching, surfing the internet, etc.) you simply will not be able to see any difference in the speed. Screen size is different: I absolutely prefer my 10″ to my 7″.  But that’s another topic for another time.

Sorry that this will be such a deep post, due to the images I must include, but it’s important info and I am confident our clients will want to use it. Information is power. That being said…

How to find out which advertisers have gotten your private info from Facebook:

Step 1) Open your FB page and in the upper right hand corner click the tiny white down arrow and then click “Settings.” 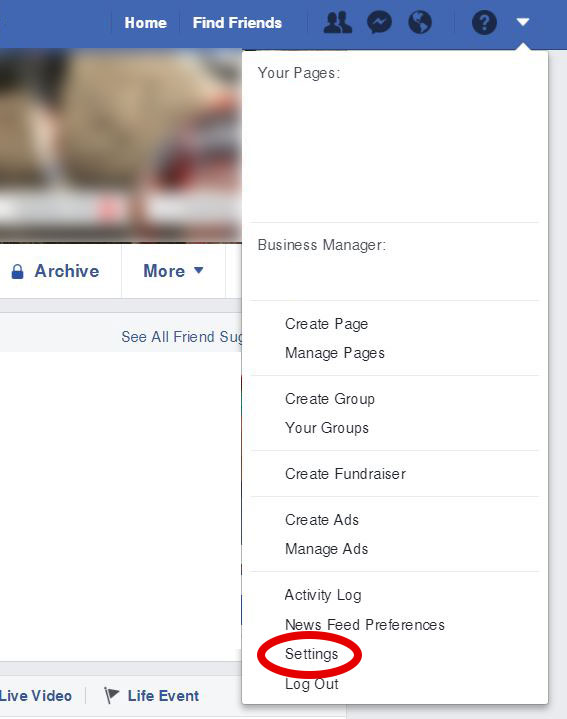 Step 2) A new page will now be open. Look down the list until you find “Ads” and click it.

Step 3) A new page has opened. Scan down until you see “Advertisers you’ve interacted with” and click it. 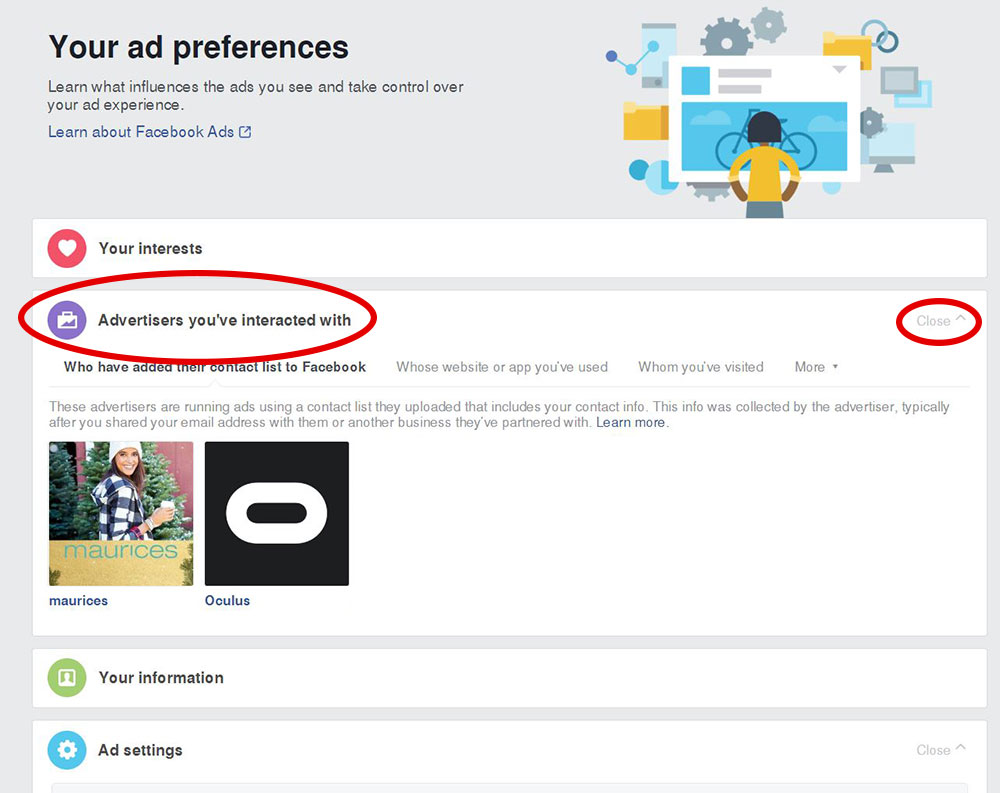 As you can see from my personal results (above), I only have two advertisers listed. I don’t do much clicking to advertisers on FB. I have seen some accounts that have quite a few pages of advertisers they can scroll through listed here. I’d suggest clicking around in here, under the various headings, to check your settings, make adjustments etc. NB: Just because an advertiser is listed here does NOT mean you a) have actually visited them or b) used them or c) want them to possess your personal information. NB: I’ve never searched Maurices or made a purchase from them. This would indicate that FB has some advertisers who pay to simply collect random information, or information from people who fit certain profiles.

In closing, since using DuckDuckGo as my primary and default search engine, I have all but eliminated targeted ads everywhere I visit on the internet. Also, it’s worth some of your time to peruse the various settings and agreements you have with FB. I’d suggest not doing it all at once, but rather over time. Until I got everything the way I wanted it, I spent about 30-minutes a week on it. I do NOT like their Terms of Use or Privacy Policy, but there’s nothing I can do about those things. Spoiler alert: next month we’ll talk about replacing Twitter.

Try saying that 3-times fast! A lot of companies, some of which (sadly) are quite reputable, are sending out emails that say they’ll scan the dark web to ascertain if nefarious sorts have acquired your personal info and are using or selling it. To be brief – scanning the entire dark web (DW) for ANYTHING is truly impossible. I do not know the name for the number of sites on the DW, but that number has 8-commas in it. Think 0f it this way: there are many more DW sites than there are stars in our galaxy – MANY more! Bottom Line: save your money. Do not buy into these scams. Maintain proper security software and protocols.

Our devices, and our automobiles, have passed by the capability of our current battery technology. It’s not surprise to anyone who reads: overheating, explosions, oozing acid and short battery life are even frequently in the mainstream news. In Geek news, battery issues have often taken center stage. Batteries are simple devices: when charging, ions flow from cathode to anode through the [currently] liquid electrolyte • when the battery is discharging (being used) the ions reverse course. The primary issues with these batteries in today’s world is 1) too short of a usage life 2) overheating, sometimes to dangerous levels and 3) ruptures that cause acids to drain out onto – whatever – and destroy or damage it. Enter the new solid state battery. It’s basically the same thing, save for one critical element: the electrolyte is solid. Add to this the fact that scientists working on developing these batteries estimate usage times that exceed current times by as much as 500%, and you have a winner. Of course, R&D is costly and slow – so don’t expect to see these beauties anytime soon – maybe 3 years, but probably more like 5. NB These batteries are actually available right now, but are way too costly to produce for consumers. Example: a solid state battery for your cell phone might cost as much as $15,000.

If I Only Had a Brain… 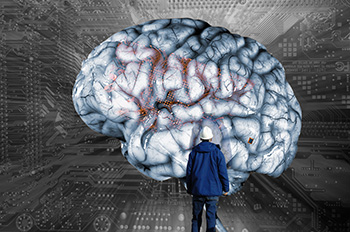 Who can forget those famous words, once sung by the scarecrow in The Wizard of Oz. It’s my last newsletter for the year, so I am stretching out a tad into the treacherous waters of personal opinion. Were I famous, I’d call the following an OP ED… Enter artificial intelligence (AI) for short. AI is, as members of the nerd collective like to say, “cool.” More and more users like to speak orders or questions to their various AI devices, such as SIRI and Alexa. And in an apparent shot at reducing the number of new tech words, we use human terms to define elements of AI. The very name starts the process: intelligence? While it’s ever-so-true that AI devices can store oodles of info and perform seemingly limitless tasks – with many more on the near horizon – it is just as true that it is a) not a brain and b) cannot think. Many people now feel dwarfed by the “intelligence” of AI (computers) – hence the accompanying graphic. But computers merely store loads of data and process it under strict, limited rules. Humans are not bound in this way. By way of a simple example, let’s say you have a favorite video game and you ask an AI how you can be assured of never losing the game. They could respond by saying to put the game on hold and never take it off. You would indeed never lose, but that’s almost surely not the answer you sought. Ask your best game playing buddy the same question, and while he or she won’t know the correct answer – they will absolutely not tell you to, in effect, quit the game forever. I am bringing this up because AI is now driving cars; someday, airplanes, ships and so forth. As humans become less and less inclined to do anything, they become more amenable to having AI take over everything from turning the coffee pot on and off to heating and cooling the house to driving huge freight-bearing rigs on public highways. Like my nerd fellows, I think AI is cool! I also believe we need to keep an eye on it and what it’s used for and trusted with. And so ends my journey into the world of opinion pieces. Have a great Christmas and happy New Year!